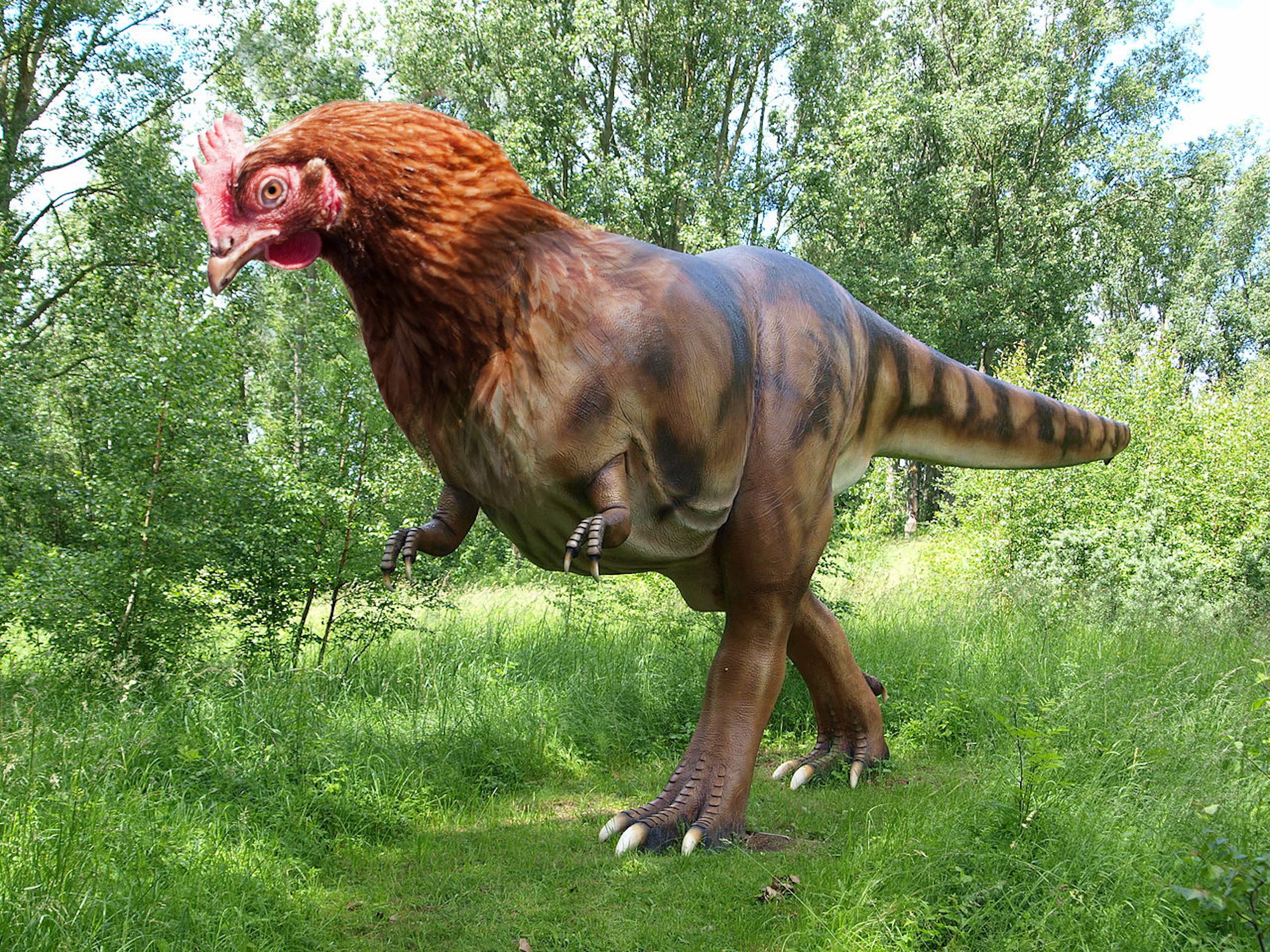 Our new neighbors, a young couple expecting their first child any day, bought some baby chickens. One of them turned out to be a lad, who has grown into a proud rooster. He likes a spot near the fence that separates our properties, about 20 feet from our bedroom window. An ambitious bird, he believes one should start one’s day briskly at four am.

Sure, it’s both rude and illegal to maintain a rooster in our neighborhood, but I haven’t wanted to pester those kids when they’ve got parenthood on their minds. So I get up at about 4:10, sip coffee on the front porch as the sky lightens, and listen to that first bird of the rural morning crow with the confidence of a preacher outside a saloon. Gradually, other birds join in and, before it’s light enough to read a newspaper, an entire avian orchestra rejoices in frantic chaos.

If birds really did evolve directly from dinosaurs, it’s hard to imagine the early morning din of the primeval forest. Did my neighbors’ squawking rooster once inhabit a Tyrannosaurus Rex body with a syrinx (voice box) as big as a car? When he woke the jungle, did he roar and rumble notes deeper than those made by the largest pipes in a massive pipe organ? All the tweeting, chirping, whistling birds of today weren’t piccolos and flutes back then— they were bassoons and tubas and trombones. They were fog horns and sirens and Harley Davidsons. The lovely moss-draped forest we imagine was probably as noisy as Chicago in a bad mood.

A few years ago, Jack Horner published an interesting book called “How to Build a Dinosaur.” He postulated that animals retain all their old DNA as they evolve, with different genes turned on and off. In theory, he says, we could “turn on” the latent dinosaur DNA in a chicken embryo and recreate those charming critters.

Listening to the morning bird racket from my porch, I wonder if the language of the great lizards survives today in their feathered descendants, passed down from generation to generation, only now transposed a few octaves higher. If we slowed down a recording of modern birds, lowered its pitch dramatically, and amplified it to the level of a rock concert, would we be listening to ancient songs and stories composed in the Jurassic swamps? If we could translate them, I wonder what poetry the roosters and robins might sing to an irritated and dilapidated old mammal sipping coffee on his porch?

Here’s an interesting article by Jacqueline Ronson about chickens and dinosaurs: